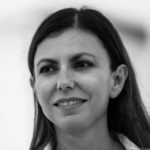 The founder of Niches, Asli Aker is a true global citizen who has studied, lived and worked extensively in North America, Europe, Asia and the Middle East.

During her years at Vienna International School in Austria, she became fascinated by the harmony amongst the students despite the political, cultural and individual differences. Observing how they managed to develop a common language she became a believer that “harmony amongst the dissimilar” was possible with the right principles and environment. This belief has fundamentally influenced her future journey which ultimately found its way to Niches.

Asli has extensive experience in Organizational and Leadership development working for a range of companies from start-ups to established corporations dominantly in technology, fashion retail and finance.

Asli’s first exposure to leadership came unexpectedly at her first job when she was hand-picked to work with the President of a Holding Group on re-engineering of the companies and introducing stock based compensation to the executives. Collaborating with a top global consulting firm for two years she got intrigued by the profession. She learned quickly to communicate with leaders, understand conflicting priorities and how to influence without authority. Owning implementation end-to-end gave her two significant lessons which became the foundation of her future consulting career: the combination of great ideas with practical solutions and the accountability for measurable outcomes.

Next came setting up the People Consulting Division of a UK based company as part of a global team and starting the business in Istanbul. Asli then joined a US start-up in Dubai as their Director for Operations which was followed by a 12-year stint at Microsoft holding various leading roles in People and Organisation capability working directly with executives.

One of Asli’s goals at Microsoft was to work for the Bill Gates teams and this was realized when she had the distinct pleasure of partnering with the researchers, innovators and entrepreneur. It was one of the highlights of her career to be exposed to areas such as robotics, quantum computing, machine learning etc.

Asli decided to start her own company in 2013 based out of Singapore. Through her own and partnership with Organisation Solutions she’s coached leaders and high potential teams in Asia at global companies like Microsoft, Experian, American Express, AbbVie, Chevron, Syngenta as well as project work for Prudential and DeBeers.

Relocated back in Seattle with her family Asli is now dedicated to her work in Niches. Coincidentally her name Asli means “original” or “genuine” in several languages so she jokes that she was meant to start Niches to support all other originals out there.